Recognized for her “beautiful, warm voice with a secure and soft top and a powerful low register” (Basler Landschaftszeitung, Switzerland), Carla López-Speziale has enjoyed a distinguished career in opera, zarzuela and as a concert artist.

A notable Carmen, Ms. López-Speziale has performed this role in the United States at the Marin Center in CA, in Mexico at the Palacio de Bellas Artes in Mexico City, and in China at the Hangzhou Theater and at the Hong Kong City Hall among other venues.  She has also appeared as Dalila (Samson et Dalila), La zia principessa (Suor Angelica), Azucena (Il trovatore),Ulrica (Un ballo in maschera) Isabella (L’italiana in Algeri), the Old Lady (Candide) and Orfeo (Orfeo ed Euridice) at the Palacio de Bellas Artes in Mexico City, Rosina (Il barbiere di Siviglia), at the Palacio de Bellas Artes in Mexico City as well at the Ellen Eccles Theater in Utah, Bradamante (Handel’s Alcina) at the Teatro de las Artes in Mexico City, Mitrena (Vivald’s Montezuma), Jo (Little Women), Baba the Turk (The Rake’s Progress), and Judith (Bluebeard’s Castle)  She has also sung the roles of Siegrune in Die Walküre, and the Second Norn and Flosshilde in Götterdammerung in the first Mexican production of Wagner’s Ring Cycle at the Palacio de Bellas Artes.  With the Hellenic Foundation in NYC she sang Erda in Das Rheingold.  With the Orchestra of New Spain she has been featured as Cupido in the revival of Duron’s “Cupid’s New Weapons of Love” (Las nuevas armas de amor), as Orestes in the revival of Nebra’s “Iphigenia in Thrace” (Ifigenia en Tracia), and as Achille in the modern premiere of Courcelle’s “Achilles in Skyros” (Achille in Sciro) at the Moody Performance Hall in Dallas and the National Hispanic Cultural Center in Albuquerque.  Ms. López-Speziale sang the world premiere of Dazzi’s En susurros los muertos in Mexico City, as well as its European premiere in Basel at the Basel Prädiger Kirche, Mulhouse at La Filature Scène Nationale, and Strasbourg at the Église reformée du Bouclier.

Ms. López-Speziale has been awarded top prize awards in the Vincenzo Bellini Competition in Italy, the Metropolitan Opera National Council Auditions in the New York District, and the ‘Carlo Morelli’ Competition in Mexico City.  Ms. López-Speziale holds a Bachelor of Music Degree from the National Conservatory in Mexico and as a Fulbright fellow, received both Master of Music and Doctor in Musical Arts Degrees from the Manhattan School of Music. 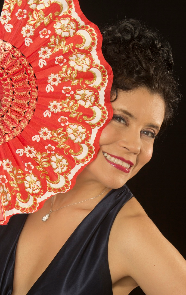 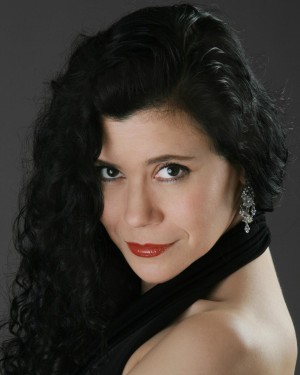 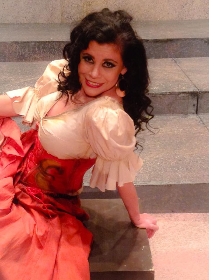